Bank On South Alabama is...

Bank On South Alabama is dedicated to helping improve the financial stability of the unbanked and underbanked residents of our community by connecting them to safe and affordable mainstream accounts in banks and credit unions, raising public awareness of these efforts and opportunities, and otherwise expanding access to financial education and other financial empowerment opportunities.

"Providing opportunities for hard working individuals and families to build wealth is very near and dear to my heart. The Bank On South Alabama initiative will help individuals keep their hard earned money by developing relationships with local financial institutions and using traditional financial products to build a solid financial foundation for their families." 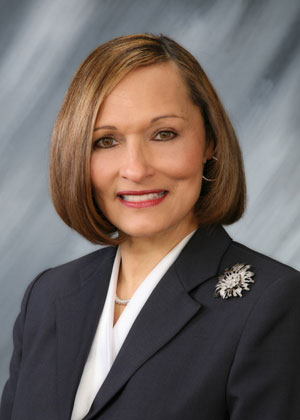 Vivian Davis FiguresAlabama State Senator
“Over the next three years, we plan to bring almost 2,000 of the 19,457 unbanked Mobile County families into the financial mainstream so they can begin to save and build assets. Our goal is to promote products and services offered by partner banks and credit unions that are “no or low cost” thereby saving families, who rely on alternative financial services, hundreds of dollars per year.” 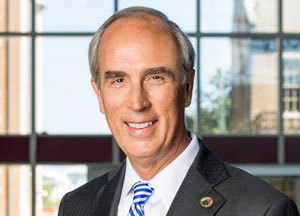 Sandy StimpsonMobile Mayor
“We’re thrilled to launch Bank On South Alabama. Thousands of hard-working unbanked Mobile County residents will be able to open an account – even if they have mismanaged an account in the past, need to use their Matricula card as ID, or simply want quality financial management training. This is a real alternative to high-priced, check cashing and payday lending businesses.”

Our Mission is to...

Empower unbanked and underbanked individuals through financial education and awareness to take the first steps toward financial stability.

Encourage unbanked and underbanked individuals to save and build security for themselves and their families by connecting with a financial institution through a Bank On product/service.

The Bank On South Alabama (BOSA) initiative was formed in May 2013 by a group of concerned and like-minded leaders representing banks, credit unions, nonprofits, the City of Mobile, and who subsequently evolved into the Steering Committee as volunteers. The Steering Committee members selected Ashley Mabry with Trustmark Bank and Sandra Dunaway with Consumer Credit Counseling Service of Mobile, as Steering Committee Co-Chairs. After months of researching best practices, planning, and conducting introductory community meetings with potential partners, the initiative launched in June 2014. The launch was conducted as a press conference facilitated by the City of Mobile’s Mayor Sandy Stimpson and Mobile County Commissioner, Merceria Ludgood.

Through the years, the initiative has been very successful in completing planned work and meeting goals to produce necessary outcomes. However, the Steering Committee realized early on, that for BOSA to be sustainable, there would need to be at least one full time position. In 2017, BOSA applied for and was awarded one of five 2-year grants from the Cities for Financial Empowerment Fund (CFE) to provide 2/3 of the cost of a Bank On “Fellow,” who would be the dedicated employee to manage the day-to-day work of the initiative. Since BOSA is not incorporated as a nonprofit, it was necessary for a community organization to “host” the Fellow if the grant was awarded. We are pleased to report that United Way of Southwest Alabama agreed to take on this task and include the Fellow as an employee but with the BOSA Steering Committee continuing to provide oversight regarding the initiative’s work.

Inspired by the success of the Federal Deposit Insurance Corporation’s (FDIC’s) early Model Safe Accounts Pilot in 2011, the CFE Fund worked closely with the Bank On National Advisory Board and other stakeholders to develop the Bank On National Account Standards (NAS) and develop the next phase of Bank On initiatives, Bank On 2.0. The Bank On NAS provide local community programs, such as BOSA, with a benchmark for account partnerships with financial institutions. The updated account standards include expanded allowable bill pay functionality and core features such as low-cost, low-fee, no-overdraft transaction capabilities. Financial institutions with accounts that meet the NAS can apply free online for national certification through the CFE’s account validation process.